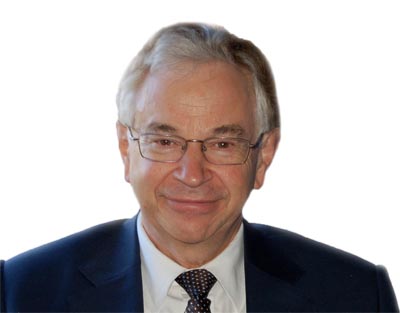 Robert Pringle has pursued a career as an economics author, editor and commentator, specializing in money, banking and capital markets.

He is also an entrepeneur. In 1990 he founded  Central Banking Publications, a financial publisher specialising in public policy and financial markets. Central Banking journal, which he edited for 20 years, has subscribers in 120 countries including the great majority of the world’s central banks. He remains chairman of the company.

Robert has monitored and commented on changes in financial markets and the monetary policies of central banks around the world for more than 40 years.

In addition to numerous articles for a wide variety of  journals, he has published several books and edited more than 50 volumes of collected papers, surveys and training manuals for central bankers and market regulators. He has organised regular seminars and training sessions attended by more than 1,000 senior  monetary policy-makers.

After obtaining a Masters degree in economics, sociology and history from King’s College, Cambridge University and post-graduate study at the London School of Economics, Robert joined The Banker, part of the FT group, later being appointed the Editor.

He also served as deputy director of the Committee on Invisible Exports, a body representing a wide range of UK service sectors, which was set up by the Bank of England to study and publicise the contribution made by financial, business, professional and allied services to world trade and the UK economy. He led a study that made the first published estimates of the invisible earnings of UK professions such as law, medicine and accountancy.

From 1979 to 1986  he was the first executive director of the Group of 30, an influential think tank based at the time in the World Trade Centre, New York (it has since moved to Washington, DC). For the G30, Robert co-authored pioneering studies of the foreign exchange and interbank markets, and on IMF borrowing from the private markets, and the emerging profession of official reserve management.

His books and monographs include “Banking in Britain”, “The Growth Merchants”  (a polemic on the monetary policies pursued by the UK in the 1970s), and “The Contemporary Relevance of David Hume” a study of  the Scottish philosopher. With co-author Marjorie Deane, he  wrote “The Central Banks” (Hamish Hamilton, 1994), with a foreword by the late Paul Volcker, former chairman of the Federal Reserve. He has recently published “The Power of Money: How Ideas about Money Shaped the Modern World” (Palgrave Macmillan 2019). For a Review, see here.

At Central Banking (now part of Infopro Digital) he represents the company at conferences around the world and keeps in touch with many of the leading financial statesmen, central bank governors and ministers of finance.