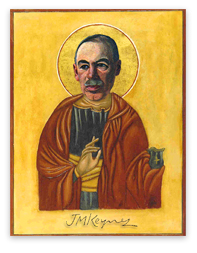 This section brings together Robert’s comments on topical developments as they relate to the proposal in The Money Trap for a new international monetary standard; to access recent posts, click in the right-hand column.

The proposal starts from a scenario in which confidence in our current monetary arrangements has evaporated. At present, while confidence is badly shaken (not only in the eurozone but in most other large currency areas) governments and central banks insist that if we give them more time, things will come right.

I don’t believe this. Things might improve for a few months or a year or two – as they appeared to be doing in the US in 2013, though not in Europe – but there is no sign that any major government has come up with a cure. There is no sign they have learnt how to get out of the money trap.

The exact route towards this collapse of confidence cannot be predicted.

All one needs to assume is that there is a non-zero probability of a major sovereign default, or hyperinflation/loss of monetary control. History provides many examples.

If that is admitted as a possibility, then there is an obligation on responsible commentators to think about possible replacements for present arrangements. To what extent a new system will emerge from market developments already under way is not clear – but history suggests that to an extent it will.

It is irresponsible to bury one’s head in the sand. It is wrong to believe “there is no alternative” to the present system. Politics is precisely about alternatives.

The one safe prediction is that the present set of arrangements for international money will not endure.

The global currency unit is defined by international treaty. The unit – which we call the Ikon – is defined as one trillionth of the total market value of all shares quoted on the world’s recognised stock markets (approx. $50 trillion at end-2012, so one Ikon=$50).

National currencies can be denominated in familiar national denominations and continue to circulate. A precondition for the establishment of the investment currency standard is that the governments of a core number of leading economies opt to join.

Measured in Ikons and in all currencies belonging to the Ikon standard, the global share price index is constant over time. Discipline is imposed by the market.

Central banks lose their monopoly of note issuance, being converted into currency boards. Banks stand ready at all times to convert notes and deposits into a basket of shares at the target (index) value.

The value of the investment currency or Ikon rises in real terms with the increase in market capitalisation, or, more generally, with economic progress (technically with the marginal productivity of capital).  As money is fixed in terms of the share index, this is seen as a decline in the level of goods prices measured in Ikons.

The concept of an equity-based or investment currency proposed here is inspired by and based on the work of the German economist, the late Wolfram Engels. I became acquainted with Wolfram in the 1970s and at his invitation worked with him for several years on his book, “The Optimal Monetary Unit: Real-Asset Currency, State Monetary Sovereignty and the Private Issue of Bank Notes” (Campus Verlag, 1981).

Please feel free to contact me with your thought and I shall attempt to answer them in my blog.